ASL is a widely known class at Sunlake where kids learn the language of American Sign Language. The class is run by two teachers, Mrs. Munson and Mrs. Hammond, who decided to host an ASL get-together at Starbucks for the students to get a sense of ASL used in a real-world environment. Kids from all ASL 1, 2, and 3 met at Starbucks and used their learned language to speak and interact with each other. The students said they loved ASL and learning more about not only the language but the culture that accompanies it. Sophomore Drew Schurr stated, “It’s a unifying language…and versatile, anyone can sign and its full of expression,” showing how the language unifies not only those born into it but also the students learning it, as it is a shared experience. Drew went on to say that the outing at Starbucks,” helps introduce new people into the language,” adding another reason why going to real-world places and using the language is very important as it spreads awareness and curiosity about deaf culture. The overall atmosphere of the outing was very positive, as everyone there was excited and eager to learn and use the language they love and cherish, and it brought together the ASL community at Sunlake where all these different people who all just took one similar class were united, again showing how ASL is a beautiful, unifying language that should be taught everywhere. 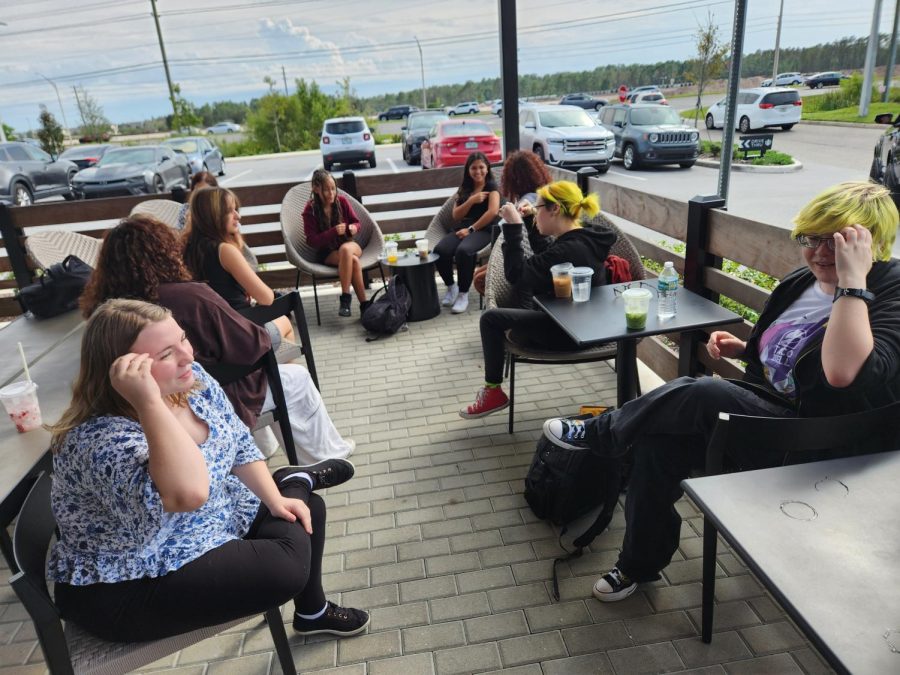 Gallery|5 Photos
Students signing at Starbucks in an after school event.